SFBig Members receive discounts for tickets to many events.  Make sure you are logged in to receive any discounts that apply.

Not a member?  Join HERE

Join us for another amazing Lunch & Learn on Thursday, May 21st from 12 – 1 pm PST. Gaming has overtaken the entertainment world and yet very little is understood about how gaming and entertainment interact. Programs like esports and gaming entertainment are in their infancy, but the audience is massive. In this panel, learn exactly how gaming intersects with entertainment; how esports fits into the mix; how brands can get involved in meaningful ways; and learn what’s coming next.

Meet the well-rounded team that is taking the lead during this discussion and get excited about next week’s event!

Meet The Panel For The Event 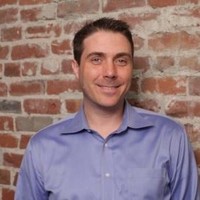 Brandon Byrne is the CEO for the startup Opera Event, a platform for social media content creators.

Before Opera Event, Brandon was the CFO for Team Liquid and helped them raise money through the investment group that included Magic Johnson, Ted Leonsis and Peter Guber.

He also served as an executive at Curse, a PC technology and media company that was bought by Twitch.tv. He led several rounds of fundraising at Curse and transitioned the organization from a small startup into a fast-growing company that doubled the size of the staff in eight months. He led the initiative to open international offices in Dublin, the U.K., Germany and Australia and secured several debt facilities for Curse to fund their growth.

An avid gamer, Brandon still plays World of Warcraft, League of Legends, Civilization, Xcom, Ark and Diablo III. He has also served as an advisor on the UCSC board for three years now.

Brandon has a bachelor’s degree from Pepperdine University in Business Management. 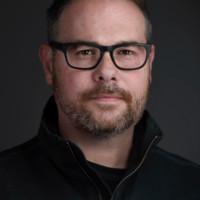 Super League Gaming, Inc. (NasdaqCM: SLGG) is a leading esports community and content platform for amateur esports players, fans and friends of all ages and skill levels. With a focus on positive and inclusive gameplay, Super League enables players to experience their sport like the pros while also developing sportsmanship, communication, and team-building skills. Powered by a proprietary technology platform, Super League operates physical and digital experiences in partnership with publishers of top-tier games. Local movie theatres, PC cafes, restaurants, and entertainment venues are transformed into esports arenas where gamers compete, socialize, spectate and celebrate the amateur esports lifestyle. Super League’s platform offers unique amateur esports experiences that not only ratchet up the competition for avid gamers, but also attract audiences with elite amateur broadcasts that transform physical venues as well as fuel SuperLeagueTV’s Twitch and YouTube channels.

Framerate is a cross-platform esports network delivering news, highlights and entertainment to the next generation of viewers.  Framerate was acquired by Super League Gaming in June 2019. Prior to Framerate, Mereu founded and built Roostr, the first performance based sponsored content marketplace for YouTube gaming influencers and mobile games. Roostr was acquired by Chartboost in January 2016.

Prior to Roostr, Mereu founded Gameblyr, one of the first independent publishing platforms for mobile gaming. Gameblyr published 8 titles in two years with 7 being featured by Apple and 2 Editors Choice Awards.

Mereu also served as General Counsel and VP US Business Development for Evony Online, one of the largest browser based MMO’s in history with over 30 million players worldwide. 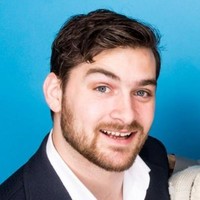 Hi! My name is Darin, and I love video games. I also love writing and editing. I’m now at ESPN covering esports on a global scale. Every day there are new challenges to tackle, and every project I learn something new. In short, it’s pretty awesome.

Feel free to connect with me and let’s chat about esports, video games, nerd culture, or whatever else you think is neat! 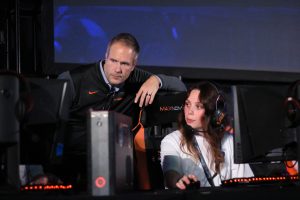 Dr. Chris Haskell plays video games for a living, or at least that’s what his friends think. “Doc” is the director and Headcoach of the Varsity Esports At Boise State (350 wins and climbing). As a professor and researcher, Doc also focuses on the impact of videogames, virtual worlds, on learning and culture.  He even has retro 80s arcade games in his office,…for research of course. When it comes to work, Dr. Haskell is serious about play. It’s no wonder his friends think he needs a real job. 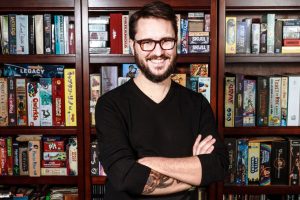 In 2020, Wil Wheaton will star as the host/commissioner of GAMEMASTER, a new, nine-episode esports reality show featuring 12 amateur contestants from across the U.S. Ripped from their gaming chairs and plunged into our world, these gamers will live together in a house under the inescapable spotlight of a competition broadcast on platforms around the globe. Over the course of nine episodes (with more than two dozen video games), the contestants will be on a quest to discover the one, true “GameMaster.” Twelve amateur gamers start out, someone goes home each week, and two will battle it out in the finale to grab the $100K cash prize and claim the title.

An accomplished actor, Wheaton was already a veteran of cinema and television when, at the age of 15, he was cast as boy genius Wesley Crusher on Star Trek: The Next Generation. His most prominent early role was that of Gordie LaChance, the central character in the film Stand By Me. Through the years, he has appeared in dozens of films and TV shows, including recurring roles on TNT’s Leverage, SyFy’s Eureka, and the hit, gamer-oriented web series, “The Guild.” He is the co-creator, producer and host of the wildly successful web series, “Tabletop,” credited with reigniting national interest in tabletop gaming. Most recently, he played a fictionalized version of himself on CBS’s The Big Bang Theory, one of the most highly-rated and watched sitcoms of the last decade. Wheaton has become a strong voice for the “nerd” community thanks to his books, convention appearances, podcasts and involvement in the video game community.

An accomplished voice talent, Wheaton has been featured in animated series including, TeenTitans, Guardians of the Galaxy, and Batman: The Brave and the Bold. His video game credits include four installments each of the “Grand Theft Auto” and “Tom Clancy’s Ghost Recon” series, as well as “Fallout: New Vegas,” “DC Universe Online,” and ”Broken Age.”

Wheaton’s audiobook narration of Ernest Cline’s “Ready Player One” debuted at number one on The New York Times bestseller list and was one of Goodreads’ 10 Best Narrator and Audiobook Pairings of All Time. He has also lent his voice to titles by John Scalzi, Randall Monroe and Joe Hill.

As an author, he has written “Just A Geek,” “Dancing Barefoot,” “The Happiest Days of Our Lives,” “Hunter,” and “Dead Trees Give No Shelter,” plus a forthcoming novel, “All We Ever Wanted Was Everything.” He has contributed columns to salon.com, The A.V. Club, LA Weekly, Playboy, The Washington Post, and the Suicide Girls Newswire.

In recent years, Wheaton has earned recognition as an outspoken mental health advocate. He chronicled his own journey in his blog and as a public speaker for the National Alliance on Mental Illness. His powerful, candid essay about his struggle with chronic depression and anxiety garnered national attention. 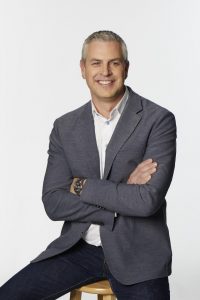 As Global President, Mikes leads iCrossing where he oversees the agency’s international network of 13 offices and a team of 1000 and is responsible for the full-service digital agency’s mission of being the Marketing Agency for the Modern World. With nearly twenty years of experience in digital marketing and agency leadership, he has consistently partnered with brands like Nestlé, Microsoft, Bridgestone, Intel and Clorox to inspire digital transformation, build deep engagements with customers and drive business performance through strategic marketing programs. Mike joined iCrossing in 2015 and previously oversaw its west coast and US territories before taking over responsibilities for the global operations in 2017.

Based in Silicon Valley, Mike is passionate about bringing innovation to clients, he launched “The Collaboratory” innovation practice at iCrossing and was Past President of the Bay Area Innovation Group. Prior to joining the Heart-owned marketing agency, he served as Global Digital Officer at McCann WorldGroup, where he led the integration of digital thinking and services across the world’s largest ad agency. Before McCann, he was co-president for Tribal DDB’s U.S. network. Mike was recognized by Campaign Magazine as a ’40 over 40′ leader of digital marketing, he has won Digital Agency of the Year honors and was a member of the inaugural Cannes Innovation Lions jury.

We are so excited! This will be another timely event on a trending topic in the market. Be sure to RSVP and join us for a special occasion.

Please fill out this quick poll

Tickets are not available as this event has passed.

SFBig Members receive discounts for tickets to many events. Make sure you are logged in to receive any discounts that apply.

Not a member? Join HERE