SFBig Members receive discounts for tickets to many events.  Make sure you are logged in to receive any discounts that apply.

Not a member?  Join HERE

A conversation about male toxicity, mental health, and what marketers can do about it with Joey Dumont, author of “Joey Somebody”

Joey Dumont is a San Francisco ad industry veteran and author of the memoir “Joey Somebody: The Life and Times of a Recovering Douchebag.” Join the sfBIG community for a book reading and conversation between Joey and Adam Kleinberg, CEO of Traction, a marketing accelerator for in-house teams, about the recipe for detoxifying masculinity, redefining your definition of success, and unleashing your inner little league coach. 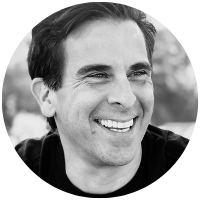 During his career as an advertising executive in San Francisco, Joey led business development teams for nearly two decades.  He also served as an Executive Producer on The Naked Brand documentary, a film that chronicled the needed evolution of consumer brands and their advertising agencies due to the advent of social technology and a shifting cultural landscape.
In 2017, Joey took a break from his career to write a book called, Joey Somebody, The Life and Times of a Recovering Douchebag.  His book explores the very heavy topics of parental neglect, arrogance, insecurity, anxiety, and episodic depression through the lens of dark humor and self-deprecation.  He also launched a podcast called, Laugh Your Cry Out, where he invites his weekly guests to share their own stories of a less than optimal childhood  – where nothing is off-limits – and laughing at oneself is recommended.
Joey believes that laughter is the beginning of healing.  And is now on a mission to prove just that. 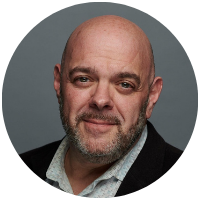 Born and raised in New York, Adam bought a one-way ticket to California after graduating from Cornell. From an early age, he was attracted to art and technology— programming video games on a PET computer in 6th grade — so the exploding digital scene in 1996 San Francisco felt like home.

In the entrepreneurial spirit, he bought a book on Photoshop and declared himself a web designer. After a few years at a handful of agencies, he had officially earned the title. In 1997, he was blogging before the word “blog” was coined. In 1998, he was the resident Flash guy at Think New Ideas, a hot integrated agency. In 2000, he was recruited to help start the SF office of Tribal DDB.

Adam and his partners founded Traction in 2001 (in the spare bedroom of Adam’s apartment) on the principle that doing great work is easier with talented people you like and admire. Twenty great years of collaboration with some of the world’s greatest brands have borne out that philosophy. In 2019, he led the transformation of Traction into a marketing accelerator for in-house teams to better serve the needs of marketers in today’s fast-paced, data-driven environment. He plays a hands-on strategic role with Traction’s clients to help ensure that their business objectives are aligned to the needs, desires, and behaviors of their customers. At Traction, he’s been proud to work on great brands like Apple, Adobe, Alibaba.com, The Apothecarium, Bank of America, CamelBak, Dolby, First Republic Bank, Lenovo, McCormick & Co., The RealReal, and Wristcam.

A prolific writer, Adam has spoken at dozens of industry conferences around the world and published over a hundred articles in industry publications such as Adweek, Ad Age, Fast Company, Forbes, Entrepreneur, Mashable, and others. In 2013, he was a MediaPost All-Star, an award given to the three most influential digital creatives in the US each year.

We can’t wait to bring you this brilliant after-hours chat. RSVP today to make sure you don’t miss out!

Tickets are not available as this event has passed.

SFBig Members receive discounts for tickets to many events. Make sure you are logged in to receive any discounts that apply.

Not a member? Join HERE