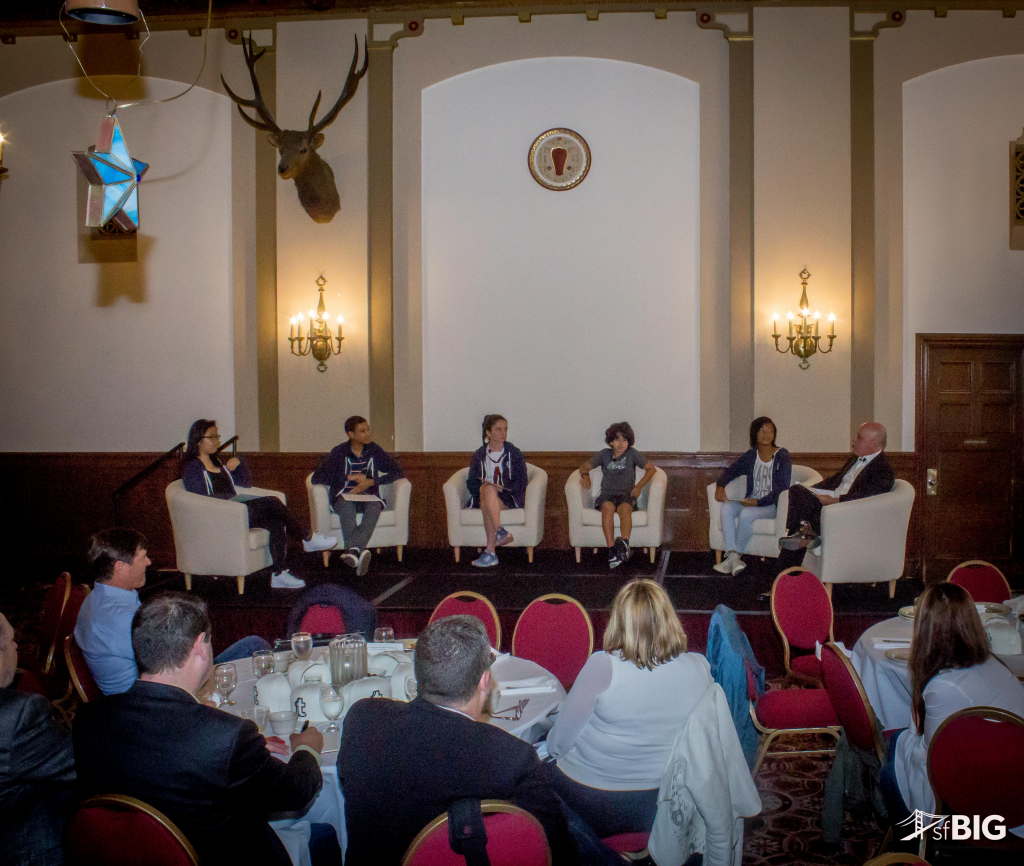 Steve Kraus – Chief Innovation Officer of Ipsos along with five of Generation Z’s best and brightest took the stage in front of a packed sfBIG audience.

The teenage panel was filled insightful comments, poignant anecdotes, and witty one-liners; comments like “Well as soon as I get my homework done, I head to Tumblr” filled the room with laughter. Yes, the kids are smart and they knew their parents were watching.

Social Media sites that stood out for the kids were Youtube, Tumblr, Twitter, and SnapChat. When asked about Facebook in the “Cool vs. Not Cool” round a unanimous “Not Cool” swept across the board. One of the panelists plainly pointed out, “My mom uses Facebook, but I don’t know anyone my age that does.” It seems that web anonymity isn’t just a fad, but a reason for these GenZers to pick one platform from another.

When asked about brands that they loved – Starbucks, Apple and Nike topped the list, but when asked why they like them or if they follow them on Twitter or Snapchat the panel fell silent. Like a lot of teenagers, these GenZers knew what they liked, but weren’t quite sure why they did.

Which leads us to Celebrity endorsements. Kim Kardashian was the obvious choice to ask the kids about but was met with a split vote of “Cool” and “Not Cool” some seemed to think she was the be all and end of Cool and others simply replied, “I don’t like reality TV”. What they did all like though was PewDiePie, for those of you not up on your teenage Celebrities PewDiePie is a YouTuber and a Giant one at that. His YouTube channel has over 45 Million subscribers with each video getting over well over 1 Million views. What they seemed to like about him was his blunt honesty. One panelist pointed out when PewDiePie gets paid for promoting a game or product he always says so right from the start and will give his honest opinion on it regardless of who is paying him.

Although we only had an hour to pick the brains of this brilliant bunch of kids, we managed to get some great insight into what this tech-savvy generation value and what they look out for. We will be picking up where we left off with our next educational breakfast Connecting with Screens, in September, hope to see you all there.